What if there wasn’t a video? What if it wasn’t made public? 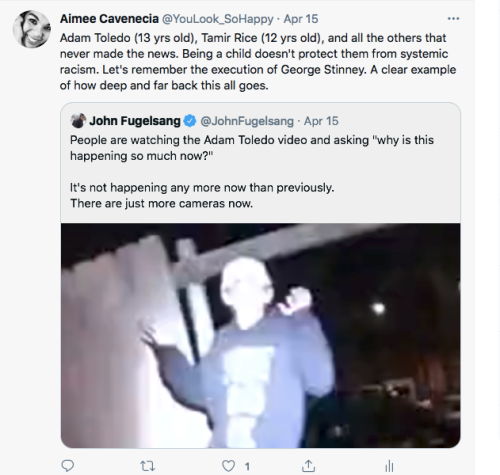 Adam Toledo.
He was 13 years old.
His hands we up when the police shot and killed him.
To cover up the murder, the prosecutor lied saying Adam had a gun (now recanted).

And the US has reported at least 45 mass shootings in the last month.

In all my years of working with recovering people and families, I have never witnessed denial like American denial.

I have never seen such a collective willingness to succumb to deeper and more shameful rock bottoms- to sit by and watch so many die.

Families are only as sick as what they will not face.

We are a sick family, America.

Our family has become unmanageable. We must take a moral inventory and face our open family secret: that this nation – founded upon “liberty and justice for all” was built while murdering, enslaving, raping and subjugating millions. That this nation is still killing its Black and brown citizens with impunity, and prioritizing gun manufacturers’ profits over human lives.

Then maybe we’ll gather the entire family at the table – the women and the gay and the Black and brown folks and the babies memorizing lockdown drills, and those in power – so that we can begin the long, hard work of making amends.

There are so many Americans that refuse to see what is happening (and has been happening for generations).

There are also many Americans that are coming together, demanding change, and working to raise awareness.

Please be the latter. Please do what you can to raise your awareness and the awareness of those around you.

Of course, I am with you. Doing the same in whatever ways I can.

Things won’t be better, unless we do better.

Things won’t be different, unless we are different.

The world will never be perfect, but it can be better.

But it won’t improve, unless we are committed to making a meaningful difference in the lives of others.

“Death is always on the way, but the fact that you don’t know when it will arrive seems to take away from the finiteness of life. It’s that terrible precision that we hate so much. But because we don’t know, we get to think of life as an inexhaustible well. Yet everything happens a certain number of times, and a very small number, really. How many more times will you remember a certain afternoon of your childhood, some afternoon that’s so deeply a part of your being that you can’t even conceive of your life without it? Perhaps four or five times more. Perhaps not even. How many more times will you watch the full moon rise? Perhaps twenty. And yet it all seems limitless.”

See Them as They Are

What if you knew you’d be the last
to touch someone?
If you were taking tickets, for example,
at the theater, tearing them,
giving back the ragged stubs,
you might take care to touch that palm,
brush your fingertips
along the life line’s crease.

When a man pulls his wheeled suitcase
too slowly through the airport, when
the car in front of me doesn’t signal,
when the clerk at the pharmacy
won’t say Thank you, I don’t remember
they’re going to die.

A friend told me she’d been with her aunt.
They’d just had lunch and the waiter,
a young gay man with plum black eyes,
joked as he served the coffee, kissed
her aunt’s powdered cheek when they left.
Then they walked half a block and her aunt
dropped dead on the sidewalk.

How close does the dragon’s spume
have to come? How wide does the crack
in heaven have to split?
What would people look like
if we could see them as they are,
soaked in honey, stung and swollen,
reckless, pinned against time?

The poem I shared is titled, If You Knew.
It was written by Ellen Bass. From her book, The Human Line.

A Year To Live

One of the first beliefs we come across is that the only reason we imagine we will die is because we are convinced we were born.

That’s the line I read this morning as I felt a moment of resonance. I looked up from the book at an empty schoolyard, feeling the warmth of the sun on my face. After the pause I continued on…

But we cannot trust hearsay! We must find out for ourselves. Were we born? Or was that just the vessel in which our timelessness momentarily resides. What indeed was born? And who dies?

When we look into the contents of consciousness by which we define ourselves, we find that nothing lasts very long. There is no thought we have ever had that did not have a beginning, a middle, and an end. Everything in consciousness is constantly dying and being reborn. One thought dissolves into another. One feeling evolves into the next. There seems nothing permanent, nothing that is not already dying. And we wonder in the midst of such impermanence if there is anything “real” enough to survive death.

The book I’m reading is A Year To Live, by Stephen Levine. It’s part of a yearlong online course I’m taking at Spirit Rock. I love it, so far, and I love reading books like this. (There is no special reason I decided to take this course. I just stumbled across it and thought it looked interesting.) I’ll share the next paragraph…

Life lasts only a moment. Then another moment arises and dissolves into the flow. We live our life from instant to instant never knowing what the next unfolding will provide. But then something in all this catches our eye. We realize that every experience of our lifetime has been impermanent, except one. That there is an unchanging spaciousness in which all our changes float. How could we have overlooked the obvious so completely? From the moment that we became aware we were aware, whether at the breast or in the womb or the day before yesterday, there has been a single constant no matter what else was happening. There has been a constant sense of simply being. Not being “this” or “that” but the “thusness” into which our treasured this and thats cannot be prevented from disappearing. In fact, this underlying sense of being is as present as we are, and does not change from birth to death. It is the constant hum of being in our ever-changing cells.

Pulling away from the page, looking down at my black canvas shoes next to the green-ness of the grass. Acknowledging the space and body I inhabit, and what it feels like to slowly inhale cool air. Gradually, I notice someone walking their dog in the far-off distance. I just let my eyes follow them until they exit the field and are no longer visible.

We have gone mad looking for a solid center but there is none. Our center is vast space. Nothing to die and nothing to hang your hat on.

Tagged as A Year To Live, Stephen Levine

“Nothing could be worse than a return to normality. Historically, pandemics have forced humans to break with the past and imagine their world anew. This one is no different. It is a portal, a gateway between one world and the next. We can choose to walk through it, dragging the carcasses of our prejudice and hatred, our avarice, our data banks and dead ideas, our dead rivers and smoky skies behind us. Or we can walk through lightly, with little luggage, ready to imagine another world. And ready to fight for it.”

If you want to understand what’s happening in California, I highly suggest reading an article written last summer by Mark Arax.

Below is a blurb and link to the full article.

“The Indians gave us the natural forest. Much of it was patchy, and the trees grew to differing heights,” he said. “This combination of open ground and uneven canopy kept the fires from raging. Now the fires are raging. They’re racing from forest to suburbia, and we’re scratching our heads trying to figure out why.

“Remember,” he said, “fire is a natural event in a healthy forest. It starts by lightning strike and usually burns itself out quickly. But before it does, it scorches the forest floor and thins out lower branches and shrubs. This helps tame the next fire. This allows new trees to generate. The timber companies could have worked inside that natural cycle and harvested a sustainable amount of wood. Instead, they were allowed to clear-cut the old growth and plant new trees one on top of the other.”

He was talking about how industrialized agriculture had come to the mountain. “So the trees are just another crop?” I asked.

“That’s right,” he said. “The growth is so uniform that when fire hits it, it becomes a blowtorch. The trees are nothing but matchsticks. Get a spark up, and she’s gone.”

“You’re saying we’ve turned our forest into easy kindling. But what about the kindling of all these houses?” I asked.

“Even though I was the head of state Forestry and Fire, I couldn’t stop it. When I left the agency, I wrote that these were ‘unprecedented patterns of human settlement’ in areas that John Muir had called God’s wildness. The settlement patterns resulted in perhaps the most rapid and massive disruption of natural fire regimes and watersheds ever experienced on earth.”

Link to the full article:

We don’t see things as they are, we see them as we are. 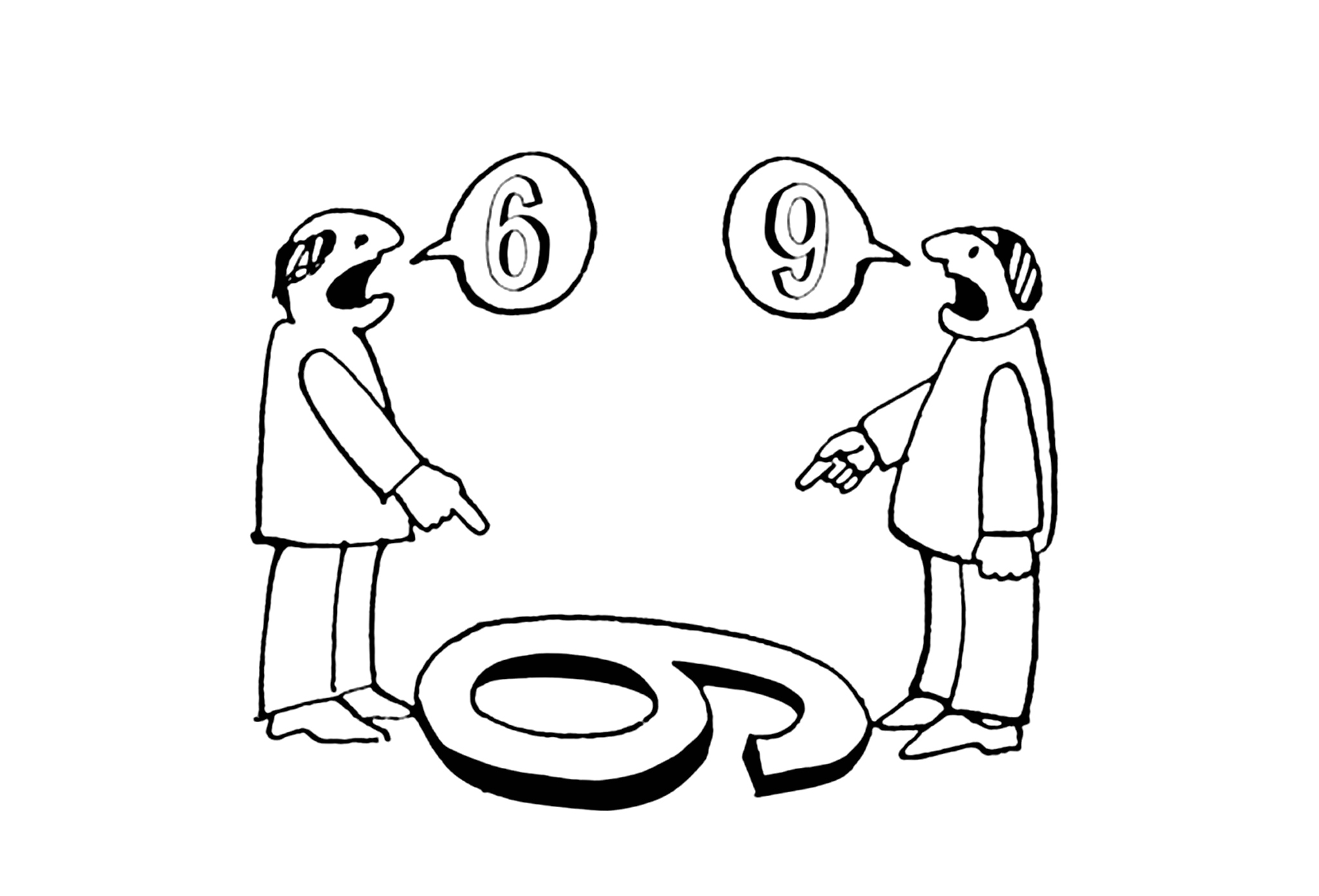 I was sitting on a stretch of cushy green grass, looking at a landscape of Napa Valley hills. Noticing the contrast of color. Summer (and forest fires) took the green out of the hills. They were now a rusty camel color. My mind jumped to my to-do list. I began to think about what this Sunday’s blog post would be about. I thought I would share Elizabeth Gilbert’s (she’s the writer of Eat, Pray, Love) recent Instagram post about Nia Wilson. Or maybe I would share the work of the artist that painted Nia Wilson’s portrait? Or maybe I would share both? But then I started to think. About the sexism, racism, ageism, classism, and all of the other -isms. About all of the trauma, fear, ignorance, hate, confusion and injustice people have to face in their lives. And then my mind jumped back to the presence of stillness. To the beating of my own heart. To the air I breathe. To the bird taking flight from a tree branch across from me. To the wind dancing on my skin. To the amazing feeling of being alive and witnessing a miracle. To the pulse of the Universe. To the feeling of simply being. Simply being breathed. Simply feeling life live life. Without judgement. Without drama. Without a story. Just aliveness. Just surrender to all that is. I suddenly fell into a state of Grace and appreciation. I went from worry and fear to kindness and acceptance. Not passive acceptance — but unconditional love. The power of the truth in this moment. The power of stillness that is always waiting for us… just beneath the surface.